When technology becomes the best dish in your restaurant

When technology becomes the best dish in your restaurant

There was a time when a good restaurant was only measured by the quality of its dishes. But in this day and age, that’s not enough. Technology has risen up to become a key ingredient in every restaurant recipe. That is not only inside the kitchen, but also regarding an all-around customer experience and, most of all, at the frontlines of the online counter. Being foodservice among the most competitive industries, restaurant operators should always be on the lookout for new updates and solutions. But is it possible to be more efficient? How can you make a positive impact on your budget? Well, all you need is information from here and now, to make better decisions.

It’s proven that the increasing use of technology in the gastronomic business makes a huge difference. In fact, according to the latest American National Restaurant Association’s State of the Restaurant Industry Report, more than 80% of restaurants are investing in tech this year for it is definitely a major competitive advantage. And, as satisfying customers is turning out to be more of a bigger challenge by the year, any detail counts. A simple and intuitive digital tool like RetailApp™ Gourmet can help your business to reach its maximum potential.

Built specifically for this segment, RetailApp™ Gourmet is a platform that gives you real time data on the status of your business. Whether it is a small restaurant chain or a big time franchise operation, this platform will allow you to access real time statistics on a daily basis and from different devices. With its Digital Checklist, for instance, you’re going to be able to check on several Key Performance Indicators (KPIs) in order to evaluate how your company is doing. This means, real time tracking of the kitchen (production time per dish, cost of goods sold, value of stock) and front house management (food and drink sales per guest, number of customers, their feedback), and the creation of useful predictive models.

As a result, it’ll be much easier for you to make smarter buying decisions which will impact directly on your business’ budget efficiency and resource allocation. This will translate into an improvement in your Return on Investment and in your sales. Why is that? Because, with all this real time information, you’re going to be able to anticipate and match your customers’ needs.

The importance of Restaurant Customer Satisfaction

Yes, there was a time when just a good quality dish would have satisfied a customer and that was it. Now those customers go online, leave reviews, rate their experiences; other potential customers base their decisions on those comments. And considering that now Americans spend more than half of their food budget on dining out (according to the 2018 American Customer Satisfaction Index), that’s not a race you’d like to be running from behind.

In fact, other markets such as Latin America, have been growing in this specific aspect. That’s the case of Mexico, where more than the 20% of the families’ food budget is also spent dining out, according to the Mexican Chamber of the Restaurant and Spiced Food Industry (CANIRAC). In that same line is Brazil, which is a perfect example of a potential thriving scenario for the foodservice industry. As stated by the Brazilian Association of Food Industries (ABIA), its sales have been growing by an average of 13.5% a year in the last decade.

That’s why a platform like RetailApp™ Gourmet is so important. Not only it helps to grow and organize your business behind the counter, but also positively echoes on your Restaurant Customer Experience. And a happy customer could be the best influencer for your restaurant. 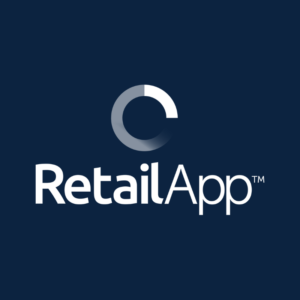